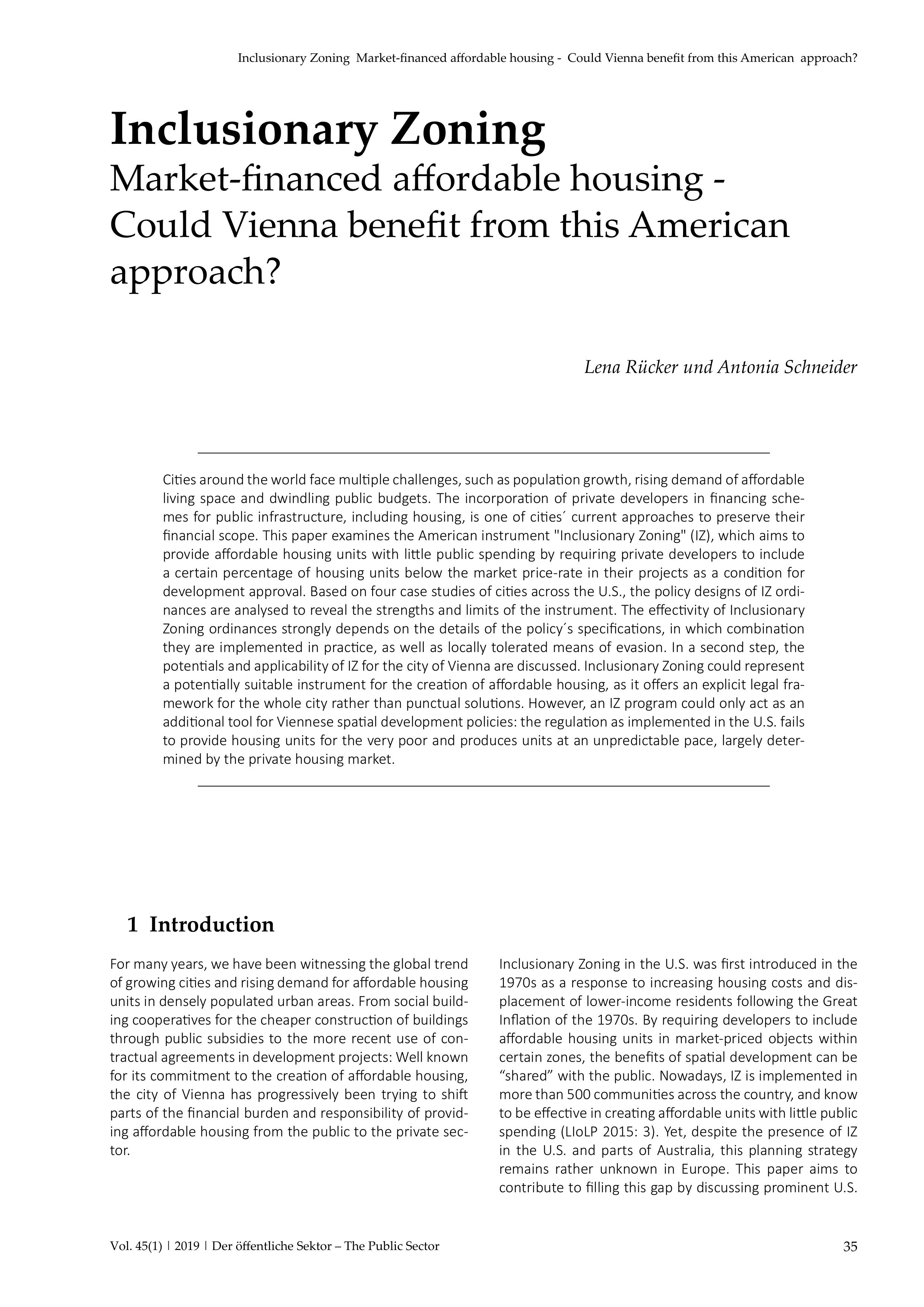 Cities around the world face multiple challenges, such as population growth, rising demand of affordable living space and dwindling public budgets. The incorporation of private developers in financing sche-mes for public infrastructure, including housing, is one of cities current approaches to preserve their financial scope. This paper examines the American instrument "Inclusionary Zoning" (IZ), which aims to provide affordable housing units with little public spending by requiring private developers to include a certain percentage of housing units below the market price-rate in their projects as a condition for development approval. Based on four case studies of cities across the U.S., the policy designs of IZ ordi-nances are analysed to reveal the strengths and limits of the instrument. The effectivity of Inclusionary Zoning ordinances strongly depends on the details of the policy s specifications, in which combination they are implemented in practice, as well as locally tolerated means of evasion. In a second step, the potentials and applicability of IZ for the city of Vienna are discussed. Inclusionary Zoning could represent a potentially suitable instrument for the creation of affordable housing, as it offers an explicit legal fra-mework for the whole city rather than punctual solutions. However, an IZ program could only act as an additional tool for Viennese spatial development policies: the regulation as implemented in the U.S. fails to provide housing units for the very poor and produces units at an unpredictable pace, largely deter-mined by the private housing market.