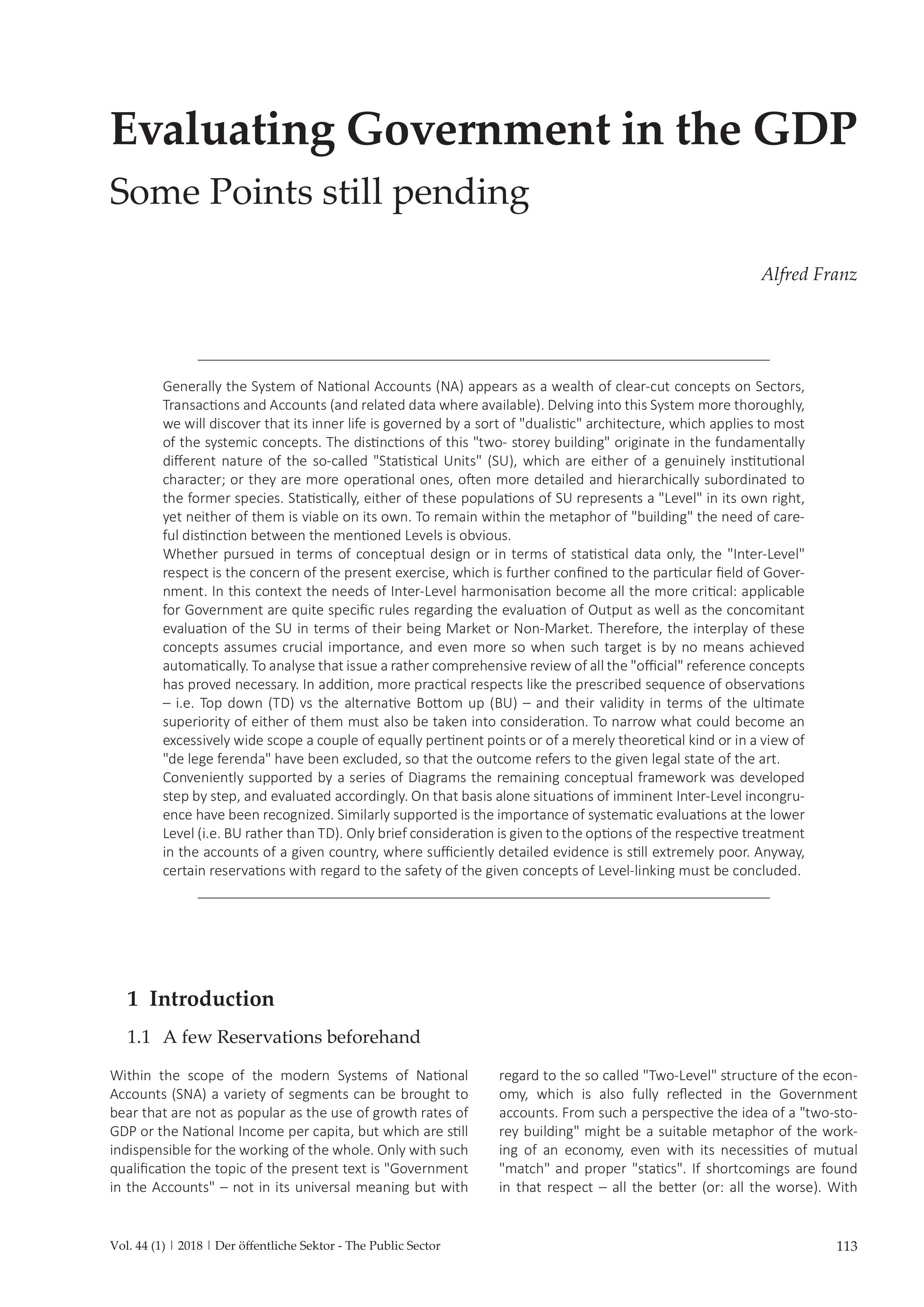 Generally the System of National Accounts (NA) appears as a wealth of clearcut concepts on Sectors, Transactions and Accounts (and related data where available). Delving into this System more thoroughly, we will discover that its inner life is governed by a sort of "dualistic" architecture, which applies to most of the systemic concepts. The distinctions of this "two storey building" originate in the fundamentally different nature of the socalled "Statistical Units" (SU), which are either of a genuinely institutional character; or they are more operational ones, often more detailed and hierarchically subordinated to the former species. Statistically, either of these populations of SU represents a "Level" in its own right, yet neither of them is viable on its own. To remain within the metaphor of "building" the need of care-ful distinction between the mentioned Levels is obvious. Whether pursued in terms of conceptual design or in terms of statistical data only, the "InterLevel" respect is the concern of the present exercise, which is further confined to the particular field of Gover-nment. In this context the needs of InterLevel harmonisation become all the more critical: applicable for Government are quite specific rules regarding the evaluation of Output as well as the concomitant evaluation of the SU in terms of their being Market or NonMarket. Therefore, the interplay of these concepts assumes crucial importance, and even more so when such target is by no means achieved automatically. To analyse that issue a rather comprehensive review of all the "official" reference concepts has proved necessary. In addition, more practical respects like the prescribed sequence of observations i.e. Top down (TD) vs the alternative Bottom up (BU) and their validity in terms of the ultimate superiority of either of them must also be taken into consideration. To narrow what could become an excessively wide scope a couple of equally pertinent points or of a merely theoretical kind or in a view of "de lege ferenda" have been excluded, so that the outcome refers to the given legal state of the art. Conveniently supported by a series of Diagrams the remaining conceptual framework was developed step by step, and evaluated accordingly. On that basis alone situations of imminent InterLevel incongruence have been recognized. Similarly supported is the importance of systematic evaluations at the lower Level (i.e. BU rather than TD). Only brief consideration is given to the options of the respective treatment in the accounts of a given country, where sufficiently detailed evidence is still extremely poor. Anyway, certain reservations with regard to the safety of the given concepts of Levellinking must be concluded.