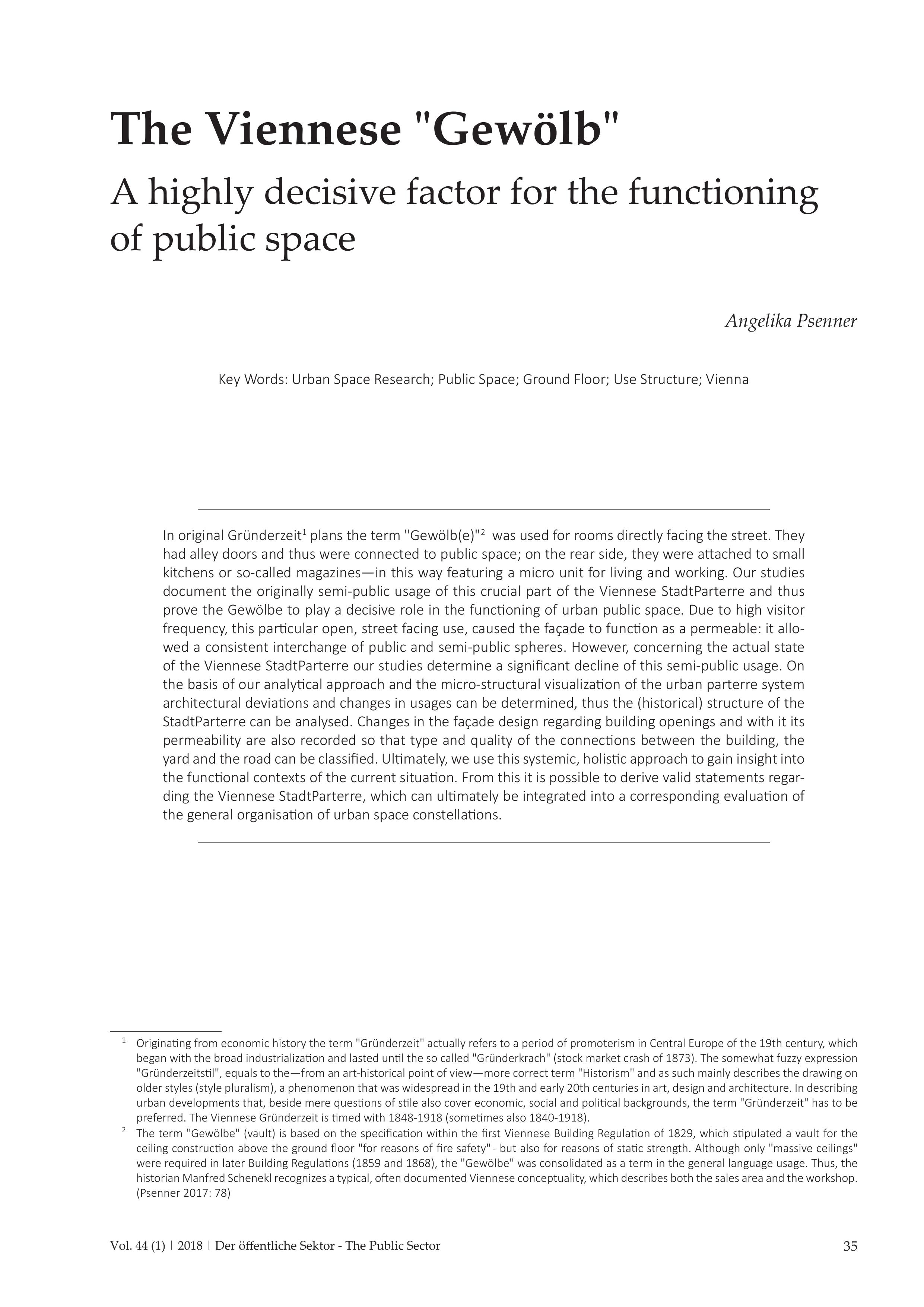 In original Gründerzeit plans the term "Gewölb(e)" was used for rooms directly facing the street. They had alley doors and thus were connected to public space; on the rear side, they were attached to small kitchens or so-called magazinesin this way featuring a micro unit for living and working. Our studies document the originally semi-public usage of this crucial part of the Viennese StadtParterre and thus prove the Gewölbe to play a decisive role in the functioning of urban public space. Due to high visitor frequency, this particular open, street facing use, caused the façade to function as a permeable: it allo-wed a consistent interchange of public and semi-public spheres. However, concerning the actual state of the Viennese StadtParterre our studies determine a significant decline of this semi-public usage. On the basis of our analytical approach and the micro-structural visualization of the urban parterre system architectural deviations and changes in usages can be determined, thus the (historical) structure of the StadtParterre can be analysed. Changes in the façade design regarding building openings and with it its permeability are also recorded so that type and quality of the connections between the building, the yard and the road can be classified. Ultimately, we use this systemic, holistic approach to gain insight into the functional contexts of the current situation. From this it is possible to derive valid statements regar-ding the Viennese StadtParterre, which can ultimately be integrated into a corresponding evaluation of the general organisation of urban space constellations.