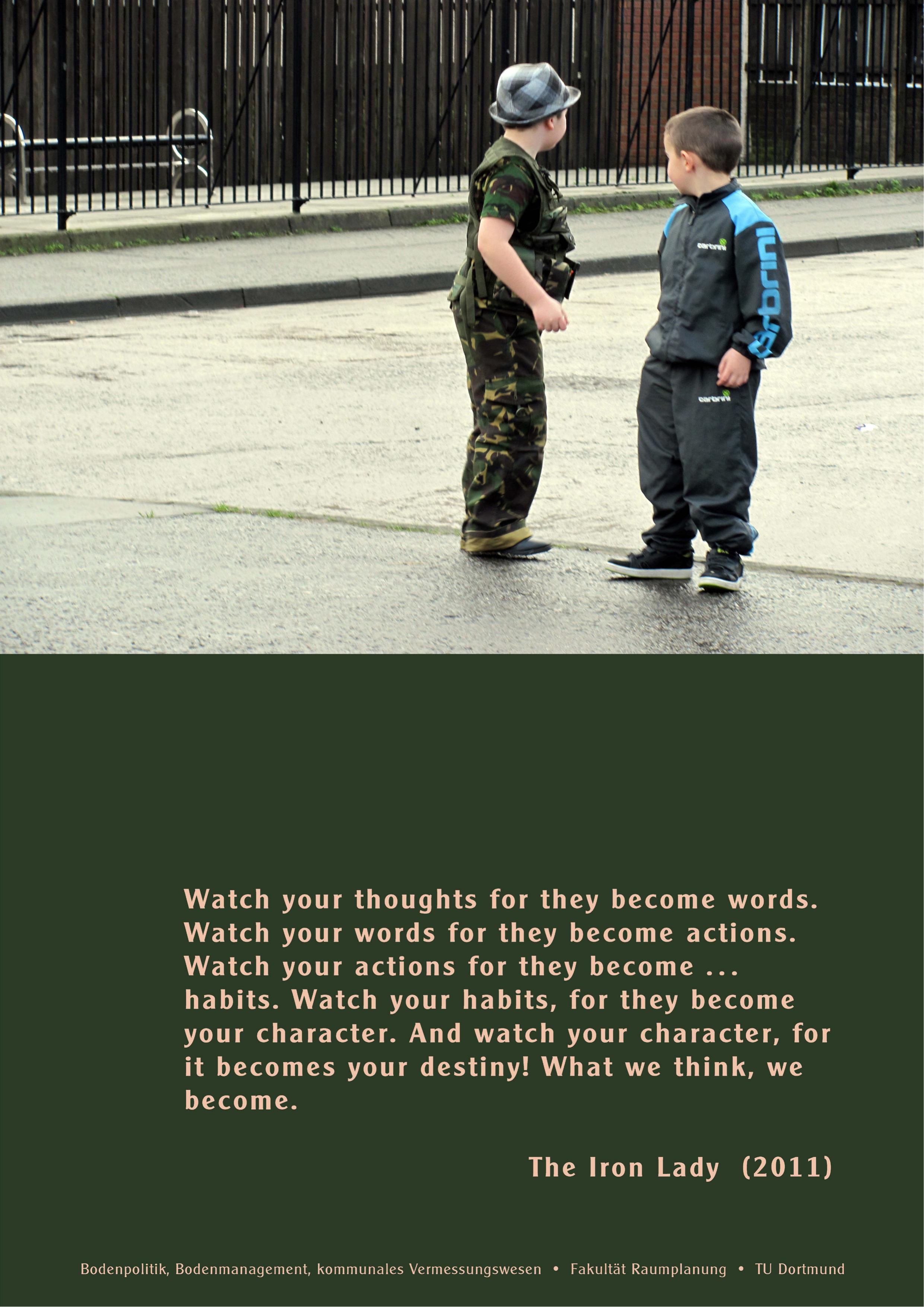 Many public urban areas are susceptible to intense inter-communal antagonism due to seemingly irreconcilable cultural, historical and ethnic differences, with conflicts about a places identity, form and use becoming characteristics of the urban in the 21st Century (Eggertsson, 2013). This can complicate the nature of what constitutes as the ‘public interest within public places, with society in the contemporary city spatially responding to such challenges by becoming more privatised in nature (Miles, 2010:13). There is the potential retreat from the ‘civic stemming from ambiguity and a lack of consensus in what the term ‘civic represents. The paper focuses upon the spatial context of Derry/Londonderry in Northern Ireland and demonstrates that the politicisation of land has had a profound influence upon the perceived assertion of property rights over public places alongside the creation, management and use of public places. It concludes with some important findings for planners, policy makers, and others concerned with the future of public places.