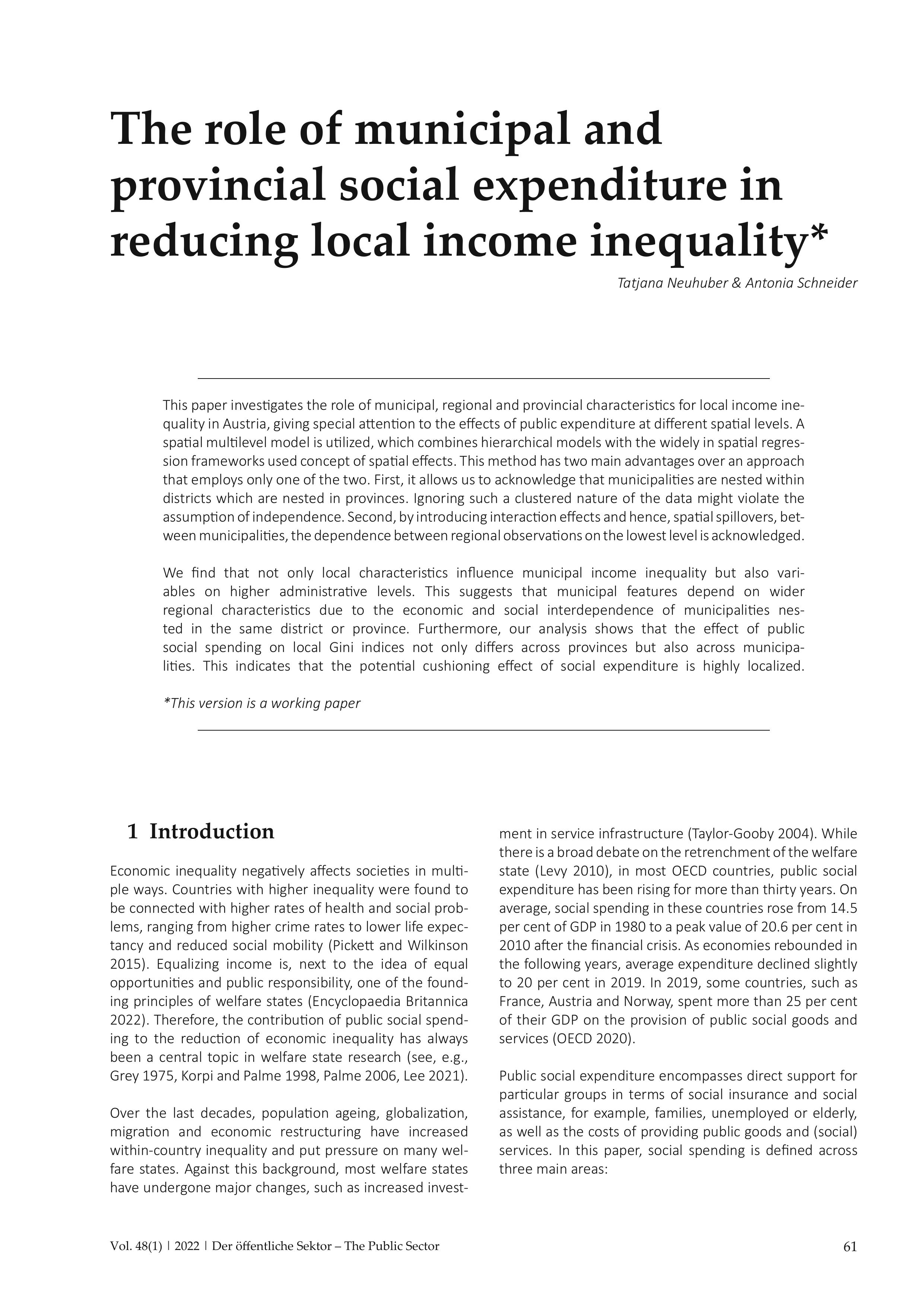 This paper investigates the role of municipal, regional and provincial characteristics for local income inequality in Austria, giving special attention to the effects of public expenditure at different spatial levels. A spatial multilevel model is utilized, which combines hierarchical models with the widely in spatial regression frameworks used concept of spatial effects. This method has two main advantages over an approach that employs only one of the two. First, it allows us to acknowledge that municipalities are nested within districts which are nested in provinces. Ignoring such a clustered nature of the data might violate the assumption of independence. Second, by introducing interaction effects and hence, spatial spillovers, between municipalities, the dependence between regional observations on the lowest level is acknowledged. We find that not only local characteristics influence municipal income inequality but also variables on higher administrative levels. This suggests that municipal features depend on wider regional characteristics due to the economic and social interdependence of municipalities nested in the same district or province. Furthermore, our analysis shows that the effect of public social spending on local Gini indices not only differs across provinces but also across municipalities. This indicates that the potential cushioning effect of social expenditure is highly localized. This version is a working paper.